I’d like to follow up on my last post Finding Your Harmonic Rotation. There’s what I feel is an important point which I make in this post – achieving a desired result is the most important factor. However, in saying this I also recognize that not only is it the methods by which the result is obtained which sometimes need to include compromise, but also the results themselves. In the last post there was one big issue which could have had an effect on the accuracy of the results.

The issue with the method outlined in the post used to derive an instrument’s harmonic rotation from its fractal data is that it takes no account of cross-session groups of fractals. Let me explain. I incorporated a rudimentary step in order to remove any rotations which were being identified from the last fractal of one session to the first fractal of the next session. I did this by including the time of fractal and filtering out results when the time it took to complete a rotation was large. But this wasn’t ideal as it missed an important scenario – if the last fractal of one session was the same direction as first rotation of the next, the group number would be the same and an artificially large rotation can sometimes be created as a result. 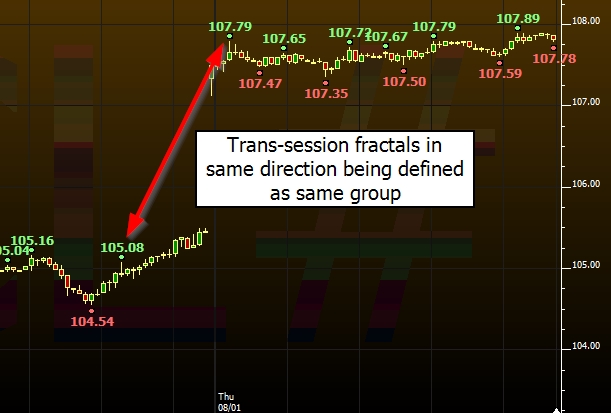 Accuracy, Diminishing Returns and a Means of Learning

This issue doesn’t usually have a considerable impact on results and in fact, in the case of crude oil which I’ll come to, it doesn’t have a great impact on the overall result. Although I’d argue that it the case of rotations, it’s always best to be as accurate as possible if you’re building your money management rules based on their size, there are certainly situations where a result very close to the actual figure is good enough. The amount of extra time and effort it can take to overcome certain issues in these cases, is time and effort which could be put to far better use. But there are two important additional factors to consider. The first is that if you’re trying to develop your Excel skills then there’s no better way than to do so using practical exercises which are poignant to you. The second is that often it isn’t your Excel skills which are lacking – it’s the process which needs to be carefully thought through and this can be a taxing bit of lateral thinking. A good mental workout for a trader wouldn’t you say?

A big part of what I try to achieve with the studies I do is the ability to simply replicate the process either for different instruments or just to refresh the studies at a future date. So after the conversation about Crude Oil Futures the other day, I thought I’d see what I’d get for its fractal and whether the process held up. I was a little perturbed by the fact that there were not an insubstantial number of outliers and upon checking, many of these were occurring in the very places I already knew were not totally accurate – close to open trans-session gaps. Because the same direction trans-session fractals were being defined in the same group and the then the max or min of each group taken to subsequently derive the rotation amplitude, big rotations were being generated in addition to smaller end of session rotations being missed.

One Problem Leads to Another

It’s a relatively easy issue to fix though at least on initial assessment. All you need to do is force a new group if the date of the last rotation is not equal to the current rotation. It’s a matter of layering another IF statement into the equation, but it works. But then a new problem rears its head. Once you start adding additional fractals, the rotations get out of sync and because you derive the rotational amplitude from comparing one fractal to the previous, accuracy is entirely compromised.

The solution to the ordering issue I came up with is to put the groups in the same column and when the subsequent rotation amplitude calculation is done, make the result where the dates don’t match equal to zero. The only additional step to remember is that you need to put a zero as the start point for you bin range so you can then filter these results out easily. The appeal of putting the groups in the same column means the fractal order can’t get out of sync. The IF statement is a little intense though and there may be a simpler way of doing this with a little more lateral thinking! I’ve shared the file here:-

Sign up to the Traderunner.pro Newslettertoreceive a FREE copy of the Harmonic Rotations spreadsheets! 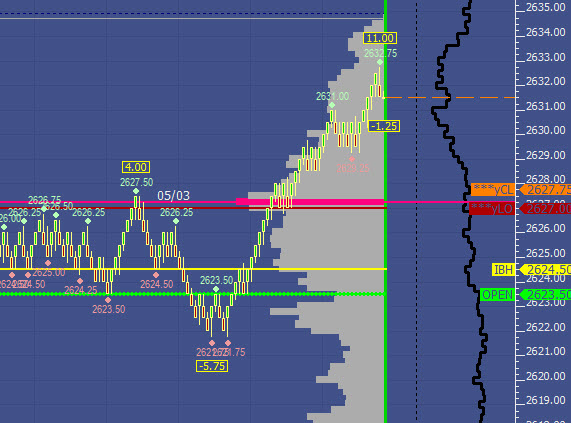 Do you want to download the Harmonic Rotations spreadsheet for FREE? Sign up to the zero spam Traderunner.pro Newsletter and you'll be sent a copy!